A couple of weeks ago we went to visit the newly opened Sealife Centre in the Trafford Centre. I took two very excited children and my sister with me. We arrived at 10.30am to a rather random queuing system where those who have pre-booked were taking far longer to get through the queue than those who had paid on the day. From the entrance we were taken through to a holding area where we had our photo taken and waited on a ramp for a talk about turtles. We entered the talk only to be shouted at by the woman giving the talk who said too many of us had come in. She shouted at her colleague with her microphone on that her colleague shouldn't have let us through. Her colleague was busy taking photos of people coming in, so I am not sure she could have done both tasks. We were then all told to go back down the ramp. There was a group of disabled children behind us in wheelchairs who had to reverse down and it was all very awkward. The lady giving the talk said loudly, "I can't do two things at once, oh wait, I am" and then flounced back in to give the talk. At this point one family left and another mum stated that we didn't need to know the politics, we just wanted to be allowed in.


When we were allowed in to the talk, the lady was very friendly and dramatic. My children certainly weren't fooled by this persona though after seeing her shout at her colleague five minutes earlier! After this slightly stressful start to the trip, I hoped we could relax whilst looking at all the amazing exhibits. 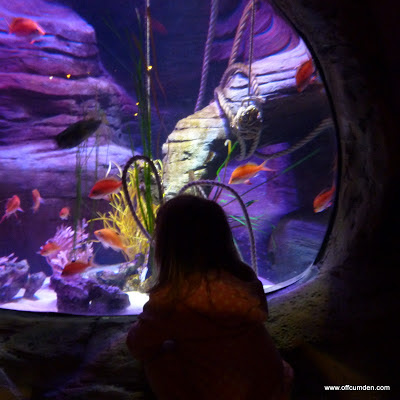 Unfortunately, it was incredibly busy on the day we were there. A lot of school trips were also exploring the aquarium and it meant that I had to keep a very close eye on my two. I have to admit it was quite stressful and I couldn't simply let them go ahead without me.

The displays were amazing and the fish were fabulous. I loved how interactive it was, especially with the displays where you could put your head up inside the tank and feel like you were in the middle of the fish. 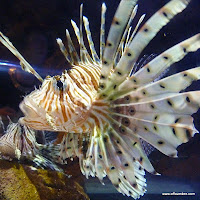 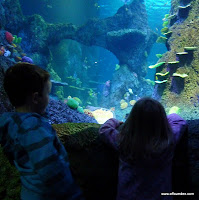 The girl was absolutely transfixed with the fish. I have never seen her pay so much attention to anything ever. I think she could quite happily have spent her entire day just staring at each display. I thought the jellyfish display was very clever. you could change the colour of the tank which made the jellyfish stand out differently. The children's favourite two things were the 'nemo' tank and the talking turtle. I loved the fact that the children could walk through the tunnel to see the fish above and around them. Seeing Nemo and Dory made them very happy! 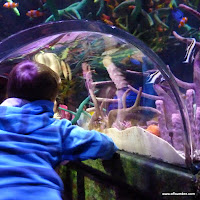 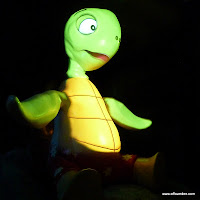 I was very relieved to find an almost empty soft play area near the end of the aquarium. It was a welcome respite from the very busy aquarium. The boy loved the tubes where he could put balls. Unfortunately one of them wasn't working because a child had put a leaflet inside which had blocked everything up. The soft play area was wonderful though. It was small, but at least you could see where your children were and they could run around without you worrying that they were getting lost. There was loads to do though and plenty for all ages inside the soft play. 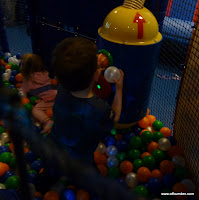 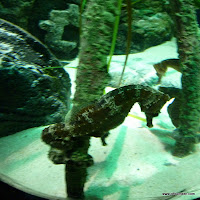 The seahorse tank was amazing. They are so graceful and such amazing creatures. We have a book with seahorses in at home so the children had fun spotting the whole seahorse family. 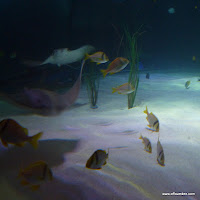 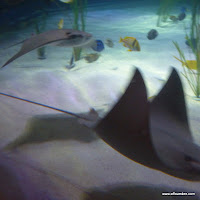 My favourites were the rays. I struggled to get a good picture because they swam so fast. They were absolutely amazing and I don't think I have ever seen them up close before. The tank was circular so the children could run all the way round at the same time as the rays. I must admit that my children lost the race though! This exhibit really showed a fabulous tropical scene and it reminded me of the amazing experience I once had in New Caledonia where I got to do a walk on the seabed surrounded by fish. It was truly fantastic! 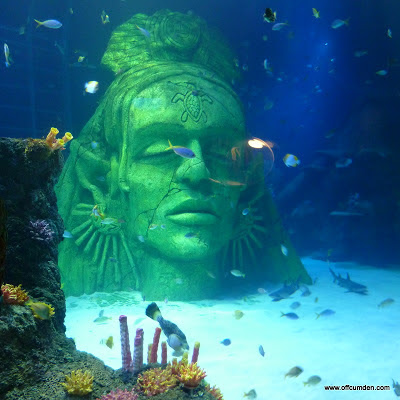 I would definitely visit again but I would recommend calling ahead to check how many school parties there are that day. It made a huge difference to how busy the aquarium was.

Disclaimer: We received free tickets to the Sealife Centre for the purpose of review. All opinions and views are my own.
Posted by Helpful Mum at 09:00